In my opinion depression is a bit of an umbrella term and like ‘back pain’ there can be many reasons why a person is depressed or suffering from depression. This means that there are lots of ways and combinations of methods to get out of a ‘depressive phase’.

As I am a biologist, I am talking about the biological manifestation of depression rather than the psychological side. It is true that some depressions are a result of trauma or childhood experiences. From my experiences, I have found a biological and neurological approach very effective in reducing or eliminating depression.  I’m writing from the point of view of someone or to people who doesn’t want to talk to anyone about it or see a therapist or has tried anti-depressants and they didn’t work or doesn’t want to take ‘shrink’  pills but might consider a different biological approach.

In part depression is somewhat normal as we do have natural ups and downs.  Our bodies have their own biological rhythms and our environment changes with the seasons.  Women have a monthly cycle in which levels of hormones fluctuate and so does mood. Hormones decline with age, but studies show that our agreeability increases with age up to about 65. Therefore we do not necessarily become more miserable as we get older.

As we all know what goes up must come down, so being stressed, wired, drunk or high for an extended period means that eventually you will have to come down and it might be with a crash. Most people also know or have been told by their doctor or ‘google’ that movement or exercise is good for depression, but what do you do if you are active and still depressed. What next?  What other avenues are there to explore?

Like pain depression can be a way for a your brain to say ‘Hey you, you are doing things in life that I don’t like, so I’m going to put a stop to it or make you slow down’.

We tend to be in a better mood in the summer when the weather is better and it is well know that lack of sunlight causes seasonal alteration disorder or (SAD) AKA winter blues. There are plenty of artificial lights but many of the lights for sale aren’t bright enough. Here is what you need  to know. Lumens are a measure of how much light a lamp produces. Lux are a measure of how much light you get. These are not the same, the further away you are from a lamp, the less light you get.

I mentioned hormones, from experience the first two and the most common to play a role in depression are testosterone and thyroxine, not serotonin. Serotonin is touted as the ‘happy chemical’ but serotonin  is a primitive adaptive stress hormone produced mostly  in the intestine particularly when the gut is stressed, as serotonin in the gut is part of the vomiting response when you eat something your gut decides it want to get rid of. That means that ‘leaky gut’, ‘IBS’, high bacterial endotoxin or just a bad diet can contribute to mood issues Serotonin inhibits the mitochondria and increases cortisol, estrogen, and prolactin. It is well know that cortisol is  involved in mood and high cortisol is linked to certain types of anxiety and depression. So the role serotonin plays in depression is small, if it was just one chemical out of balance then depression would be super easy to fix with drug, but it isn’t so there is more, a lot more.

Depression can be a result of a gut problem so you may be looking at the wrong body part to fix your depression as it might not be your head that is the issue.

Both men and women need testosterone for a variety of functions in the body and testosterone is known to be a natural anti depressant.

Low testosterone for both sexes manifests as low mood, or just feeling shit and sensitive.

If you are in your 20s or 30s with low sex hormones or thyroid function then it is important to find out why you are suppressed as the glands which produce these hormones should be functioning well. Estrogens is the environment, drinking water and some foods can affect sex hormones and lower testosterone levels. Any synthetic sex hormone such as contraceptive pill or anabolic steroids can affect sex hormones and we all react differently to these compounds, and some people are more sensitive than others. For example for some unlucky men just one cycle of steroids can shut down their testosterone production forever so they have to be on testosterone replacement for the rest of their lives, the same as a few individuals take one ecstasy tablet and die.

Thyroid hormones are also a player in mood issues  as the thyroid  runs our metabolism.

Some people’s depression manifests as just feeling like they can’t be bothered and often they are found to have low thyroid function . As we age, from about 30yrs old, unfortunately there is a decline in all hormone levels, however like most things in life we all respond differently.The thyroid gland can be quite sensitive and there are many ways to upset it. Extreme dieting and over training can suppress the thyroid this is called ‘crashing your metabolism’. Imbalances in sex hormones, particularly high estrogen, poly unsaturated fats (e.g sunflower, canola or peanut oil) and too much fluoride can interfere with thyroid function as well.

It is very easy to get a blood test to see what your thyroid,  testosterone or other hormone levels are like. If you have low levels you  get your own testosterone or thyroxine supplement of which there are many brands and varieties. Some people get hormones  on prescription, while others buy them themselves as they prefer to manage their own medication becasue there is more choice if you buy your own. Triiodothyronine  (T3) which is the active form of thyroxine (T4)  is not available on prescription in the UK, but it is in other countries.

This happens by either chronic stress and lack of sleep, which we all know about. Drugs which over stimulate or are just part of  dopamine or serotonin pathways in the brain, if over used can cause ‘depression’, low mood, paranoia or anxiety. The best known of these type of  drugs are cocaine and amphetamines, but amphetamine  has lots of little cousins which are new drugs with similarities to amphetamines. These drusg which interact with dopamine, noradrenalin and serotonin systems in the brain are  available on prescription or in general circulation. Some examples are phentermine which is an appetite suppressant, ‘wakefulness’ drugs like Modafinil  and drugs for ADHD like  Methylphenidate (Ritalin) are used legally and illegally by millions people each year. Even if you might think it serves people right if they mess up their own biochemistry, but some people are prescribed these drugs and other people have their own reasons for using drugs or are just party animals.

In any case if this has happened to you or someone you know there is a compound developed in Russia called Selank which has caused excitement and interest, so is worth looking up. Selank is not only neuroprotective but it also has  anti-anxiety and anti-depressive properties, aids alcohol withdrawal, it can also rebalance the catecholamine system in the brain. Catecholamines are dopamine, serotonin and noradrenaline, so in lay terms Selank can re-balance brain chemistry, including after drug abuse.

I may have said this before, taking drugs and supplements can be dangerous  even if you  know what you are doing, so I am not encouraging this in any way,  but leaving your  hormones unbalanced or your biochemistry in a mess is just as dangerous and it degrades your quality of life.

In terms of neurology for those who have no interest in any kind of supplements what are the initial options for depression?

So how would you go about stimulating the left side of the brain?

There are many more neurological exercises for depression, but there is not room the blog post. Also I’ve only touched on the biochemistry as it can get very complicated very quickly as our brains are complicated. We are allowed to have more than one imbalance so there could be
several hormones playing up and some funky neurology going on. When it comes to making changes in your body its a bit like getting an orchestra to play in tune as there are many elements which all need to be in sync and even just one instrument out of tune can affect the whole orchestra.

This is a word we all know what it means to us, but if asked to describe or explain exactly what  confidence is then it’s not easy summarise in once sentence.  If you look confidence  up in the dictionary there are several definitions.  The definition below matches most closely to  the kind of confidence we are talking about.

To me this sentence means confidence is about how much  I  believe in myself on a personal level and how good I feel I am at doing something or performing a skill. There isn’t any mention of other people in this it’s all about my view of myself.

This is good as it means I can take ownership of my confidence, I can develop it, train it I can become confident at multiple skills and I have a lot of control over my confidence. The same applies to you! You can easily learn about confidence and about how to improve yours.

The brain and nervous system control everything in the body, which means they play a key role in mood. Confidence is not like blue eyes and is something you are born with, it is a skill, talent, attribute that you can easily improve with the correct training. 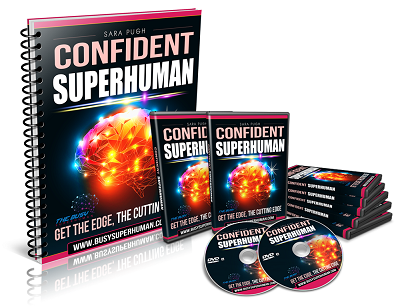